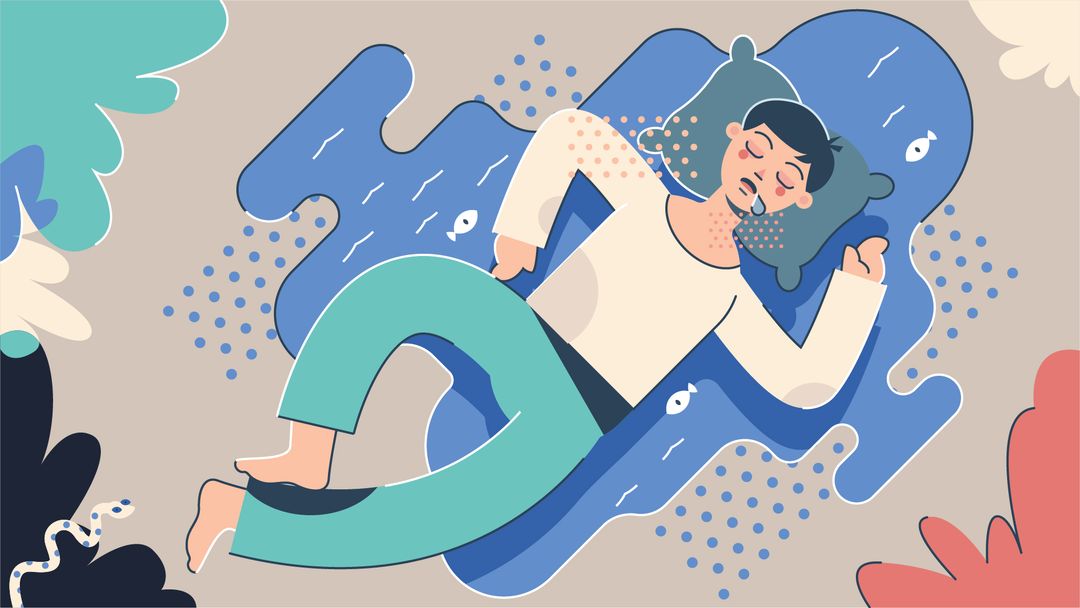 Enuresis consists of involuntary urine emission, also called wetting the bed. It occurs in children who urinate when they have passed the age at which they should no longer do so. Generally, at five or six years old, no child should urinate without realising it, except for occasional “accidents”, usually related to nerves or stress.

Most cases are predominantly nocturnal. It is a picture uncommon to see in consultations and that, in almost all cases, is resolved over time. Therefore, it is essential to remember that although children do not need a diaper by 28 months, it is not uncommon for them to reach five years of age and need one at night.

It is believed that there is a specific genetic component that produces it. In some cases, this genetic component could imply a slight delay in the acquisition of Bladder control due to a slight maturational delay, which would be transitory. It is also believed that these children could secrete less antidiuretic hormone, which would facilitate the appearance of this condition. In other cases, the picture seems to be caused by stress, such as changing homes or schools.

The main symptom is that the Child continues to have urine emissions involuntarily at an age when he is supposed to control his sphincters. It can be classified in several ways:

—The primary ones are those where the Child has not yet achieved complete sphincter control. They are the most frequent.

—Secondary is the one that occurs when the Child wets the bed again after at least six months of holding urine well. Usually, the paediatrician will rule out other causes, including stress, such as sibling birth, infections such as urine or even possible diabetes.

—Depending on whether the Child is awake, we talk about day or night. Typically, bedwetting is nocturnal, especially in primary bedwetting.

The daily ones have more to do with the fact that the Child holds his urine until the last moment. In these cases, the paediatrician will also rule out processes that can trigger it, such as urinary tract infections or constipation. Sometimes only Enuresis occurs because there are losses, for example, when laughing or because of nerves.

At the same time, nocturnal and diurnal sometimes do require imaging studies such as ultrasound to rule out anatomical abnormalities of the kidneys, ureters, and bladder. However, a paediatrician should always do this indication since sometimes it is difficult to distinguish them.

In many cases, the paediatrician may request a urine test to check that there is no urine infection or even the presence of glucose (sugar), which is one of the reasons that can lead the Child to urinate a lot (and also drink a lot of water) if there may be possible diabetes.

In cases where a urinary malformation may be suspected (the least frequent), the Child may need tests such as serial voiding cystourethrography (using contrast-enhanced x-rays of the urinary tract), ultrasound, or other imaging tests.

Sometimes it is enough to treat small underlying processes that may be inducing it, such as undetected urinary tract infections. Most cases are usually a slight delay in acquiring bladder control. That is why in many cases, the solution is generally in a planned exercise program in which parents must be aware of the Child’s Enuresis to know how to act. Possible techniques include:

— Never scold or punish when the Child urinates; stop giving the reward, and do not write anything on the calendar

Although most cases will be resolved with these guidelines, some children may require other techniques, such as using devices that wake the Child when he or she wets the bed by urinating. For this form to work, the Child must use the device as an aid or a game (she must ensure that it does not sound). In case imposing it as a punishment, it will not be as effective.

In children in whom bedwetting occurs as a response to a stressful situation, the ideal would be to detect and reverse a sad situation. However, when this is not possible (change of address or school), a psychologist’s help may be helpful.

The drug that is usually used is Minurin®, an antidiuretic similar to desmopressin, a hormone that the Child’s body synthesises and helps the Child urinate less at night. The risk of this drug is that it has side effects, so it should always be used under medical supervision. However, a few processes (the minimum) require more complex treatments, such as surgery. However, this is very rare.

In general, they are social since the Child feels ashamed for being unable to control the emission of urine. Therefore, they are reluctant to integrate with peers or participate in activities that require many hours away from home or with people. Less known.

View all posts by admin →

What is Enuresis and its symptoms, and how to control it?

Medical Weed Delivery in London. What Should You Know About It?

All about CBD Brownies and Mississauga Weed Delivery